Best Programming Language to Learn as Beginner? (Especially for Kids!)

Scratch – Kids can create their own interactive stories, games, and animations and share their creation to the world.

Blockly – Blockly is a visual programming language developed by Google. Most block-based programming platforms are built on top of Blockly, including Scratch! In our block-based coding program, we use MIT App Inventor – a mobile app development platform that allow kids to build their mobile app. 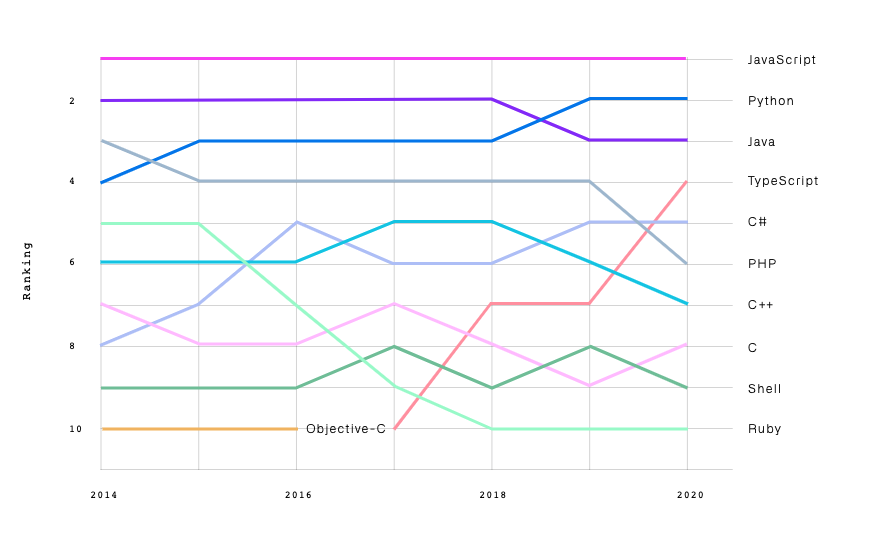 JavaScript is the main scripting language for all web browsers. Over the years, it has become the main development language for modern websites, server-side, desktop and even mobile applications. Mastering JavaScript, one can build many different applications across different platform!

JavaScript is a high level programming language, where it is much closer to human language than machine language. It is easier to learn as programmers do not need to worry about the underlying communications with computer hardware.

As all modern browsers run JavaScript by default, students can easily run their code on their computer browser to visualize their result. With some basic HTML & CSS knowledge, students will be able to create a functioning web application and share their work with others.

Python is the second most popular programming language. Similar to JavaScript, python can be used to build all kinds of web applications, games and 3D graphics.

In terms of learning curve, Python is as easy to learn as JavaScript. However in terms of versatility, JavaScript has the advantage of being both front-end and backend language while Python is more restricted as server side language. Python is used more in upcoming fields like data analytics, AI(Artificial Intelligence) and ML(Machine Learning). It’s also more utilized in areas like Finance/Fintech for for levering the sort of data useful in that realm.

Based on our experience, students are much more interested in learning when they able to visualize their outcome. For younger age students (age 10 and below), they could start by learning the concepts with block-based language then progress to learn JavaScript as their first text-based languages. Coupled with learning HTML and CSS, they can build simple web applications that allow them to put their ideas into workable solutions.